History of our club

The club was thought to have been founded in 1910 after the trams had been routed into Enfield. The clubhouse was believed to have originally been a golf clubhouse although there is no evidence of this.

A picture in the Thorpe lounge (upstairs) depicts the club circa 1956. There were 3 grass courts (later to become 4), 1 red (En Tous Cas) court and 2 asphalt courts. Because of the cost of maintenance the grass courts were subsequently converted to red courts. In those days everything stopped for tea on Saturday and Sunday. There was always a firework display in the car park on November 5th. Many members also enjoyed whist drives every Monday afternoon,  from when the club was formed; a tradition which continued until July 2009. We shared an entrance in Park Avenue with Sephton’s Nursery and next door, in Forsyth Place, was Harston’s Builders Yard. Reg Harston, his wife Ruth and son Alan were all members of the club. Development of the existing site was completed in 1986 and the current clubhouse was officially opened on 2nd May 1987 by the Mayor of Enfield Councillor Alan Young. 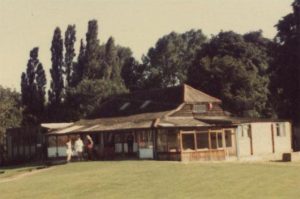 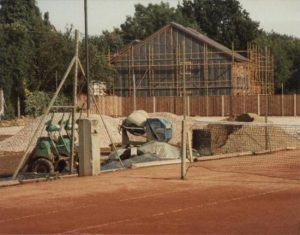 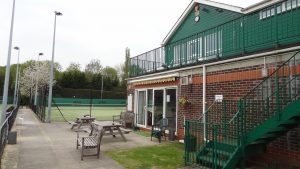